According to Maslow’s Hierarchy of Needs, the human needs have five distinct levels. One must first satisfy the needs in the bottom of the pyramid before being able to deal with the needs on the next tier. Studies group clothing amongst the most basic physiological needs, but if you take a closer look, clothing transcends all these levels to some extent.

With this in mind, it’s no wonder that the fashion industry makes up 2% of the world’s Gross Domestic Product (GDP). According to Fashion United, the total value of the industry globally exceeded 3 trillion U.S. Dollars in 2017 alone.

Fashion has been evolving since the time of Queens and Kings. Men and women have always followed trends. From corsets, top hats, and petticoats from the 19th century to the ripped jeans and cropped tops of the 21st century. To keep up with the fashion hunger, mass production of clothes have begun along with the rise of capitalism. Clothes were being produced without the need for fitting. This marked the beginning of fast fashion. Mass production of clothes has paved the way for a major drop in price. And with the low price, comes the feeling of disposability. When you buy something that costs cheap, you think that you can easily throw away and replace it. You are bombarded with advertisements and promotions that make you think that you need these things to be happy and entice you with ridiculously low prices.

Clothing manufacturers took advantage of this created need by releasing season after season of new trends. From twice each year, these fashion giants now have up to 52 seasons per year, releasing new set of clothes and trends every week. But do you really believe that that top only cost $10? Is that pair of boots really a steal at $20? Has it ever crossed your mind that maybe, the money that you pay is not the actual cost of the clothes you wear?

In the documentary “The True Cost” by Andrew Morgan, he travelled the world to expose the ways the fashion industry exploits people. The trillion-dollar industry has negative impacts on such a massive scale. If the almost slave labor and unbearable, sometimes deadly, condition of the manufacturing sweatshops did not deter you from hoarding clothes, maybe knowing the toll it puts on our environment is what it will take.

The Environmental Impact of Textile Production and Treatment

Cotton is still one of the main raw materials required to make textile but cotton farming is very demanding. Did you know that it takes 2,700 liters of water to grow enough cotton to make one single cotton t-shirt? That’s enough drinking water supply for one person for three years. Cotton needs so much water to grow that it has dried up the Aral Sea in Central Asia. The government prioritized agriculture in 1950. They diverted the two rivers it feeds from to cotton farmlands in the surrounding desert. It used to be the fourth largest inland saline lake in the world but is now only around 10% of its original size.

Another way cotton farming harms the environment is because it accounts for 24% of the world’s insecticide use. These chemicals then make their way into the soil, causing irreversible damage to its composition and the living things on the land – humans included.

Growing cotton is not the only step in the clothing production that needs a lot of water. To dye one ton of fabric, an estimated 200 tons of freshwater is required. In developing countries where most of these processes are outsourced, like in Dhaka, Bangladesh, they use freshwater from rivers or canals. After the process, they are left with wastewater laden with chemicals that they then discharge into the waterways, untreated. Natural bodies of water are so polluted that the communities started developing more illnesses in recent years. It is also eliminating the other industries that rely on freshwater like farming and fishing.

Excess Stock and the Clothes You Don’t Want

You may think that the old clothes you donate go through organizations and to the underprivileged people. In a sense, that is correct. Traditionally, discarded clothes are sold at bargain in flea markets in poorer nations. But even the market for this is in decline in recent years according to BBC. It has even led to some nations in Africa to push for a ban on used-clothing imports because it has negatively affected the apparel production and their economy.

For big fashion brands, they will never sell their full inventory so what happens to the excess products? This waste stock goes through different processes as per company policy. Some companies donate their clothes to NGOs, while some destroy their excess stock to protect their brand.The rest that do not go reused or recycled end up in our landfills and our oceans. Some of the fibers like polyester will take hundreds of years to disintegrate.

What Can We Do?

Patagonia, a company who makes sporting apparel, started manufacturing clothes from soda in 1993. Today, they not only use soda bottles but also manufacturing waste and worn-out garments even from their own. There are also fair-trade business that not only look after the welfare of workers, but also on the sustainability of the entire life cycle of their products. These small producers make up a very small portion of this trillion dollar industry. The biggest change must come from the mass producers. These big brands must start looking into the sustainability of their production process and the welfare of the people in the countries they outsource their it to. Something as big as a change in the business model may be required to touch the surface of the problem they have created. 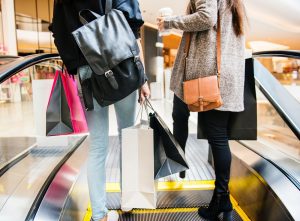 You, as a shopper, can take small steps to ensure that you minimize your contribution to this problem. You may start looking into the materials used for things that you buy. There are manufacturers that use organic cotton which were farmed without the use of insecticides and pesticides. Buy clothes with the intent of making them last. Read the care instructions and take care of them so you do not have to buy more unnecessarily. Even something as simple as thinking twice before you purchase will go a long way if each and every one will do the same.