The Wild, Wild, West: Cowboy Styles Ride Back Into Fashion

From the gun-wielding robots in HBO’s “Westworld” to the outlaw avatars in “Red Dead Redemption 2,” cowboy culture is dominating more than just the runway. And the current fashion trend is prompting men and women to shop for cowboy boots online.

What started out as the pointed-collar, steel-toed reimagining of the American Wild West through Calvin Klein is now an industry-wide invasion of sorts. But more than just taking the country by storm, it is fascinating designers in Europe and Japan, as well.

A Youthful and Vibrant Street Culture

The latest iteration of the Western cowboy style is different from the classic, American vibe of the previous decades. Consumers are moving toward the future with an eye on modern aesthetics. This new rodeo fashion statement fuses former and existing styles.

Lizzy Bowring, WGSN Catwalks Director, shares that customers want to bring an air of nostalgia into their clothes so they can experience heritage, history, and folklore in a new way. The blending of these cultural influences results in a youthful and vibrant street culture.

As more people travel, they want a practical and comfortable look beyond the usual sneakers they wear. Cowboy boots can, for instance, be the footwear of choice for shopping, casual dinners, or dates.

The American cowboy is a true symbol of grit and prosperity. And its timely appearance in fashion isn’t accidental; it could be a response to the current political climate.

Dr. Laurel Wilson, professor of textiles and apparel at the University of Missouri, observes that cowboy styles tend to take over the fashion scene when the country is super patriotic or under political stress.

Before the breakout of the Second World War, for instance, wealthy Americans no longer felt comfortable traveling to Europe without donning their Dude Ranches during their trips. That spawned the re-appearance of Western themes in fashion during the ‘50s, ‘70s, and ‘90s.

After the tragic Las Vegas incident in October 2017, an image of starred and striped cowboy boots went viral. The pair was abandoned after the shooting, and it served as a symbol of patriotism.

The Reconstruction of Cowboy Attire in 2018

2018 had a different take on cowboy attire, though. The Western style took inspiration from films like “Midnight Cowboy” and “Easy Rider,” which provide a closer look into America’s dark underbelly.

Raf Simmons, a Belgian designer, is aware of the connection between cinematic violence and Western iconography. He incorporates horror into his garments, going as far as to include some form of blood spatters in his designs.

A little bit country, a little bit rock ‘n’ roll — with the right clothes and accessories, the cowboy boots can even be a little bit preppy. So the all-American footwear can work with more than just your other all-American fashion item: jeans. But a pair of designer cowboy boots can mean more than just being in style. It could also hold a deeper meaning of rebelliousness, adventure, and nationalist sentiment. And perhaps Calvin Klein’s SS18 show note, “American horror, American dreams” rings true.

How You Should Take Care of Your Oral Health

Children and adults alike are prone to suffer from certain types of oral and dental diseases. These can include gum 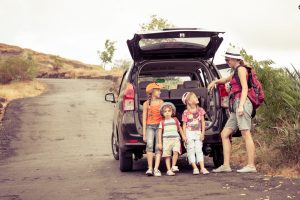 5 Road Trip Destinations to Visit After the Pandemic

The pandemic halted travel around the world. International travelers had to put off their travel plans as countries closed their 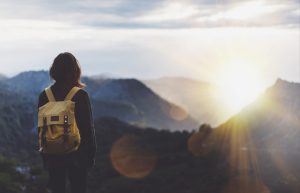 Is Holistic Living Right For You?

We live such hectic, fast-paced lives that we forget to pause and disconnect from everything, and reconnect with ourselves in